This rehabilitation method according to EN 14038-2 is made to re-establish the corrosion protection ability of the concrete for the reinforcement within few weeks – mostly after chloride attack from de-icing salt and on structural parts with limited damage. It is especially beneficial for the treatment of small, distantly located corrosion areas, e.g. in hollow box girders, on bottom areas of columns and walls or on areas that are badly accessible for other repair methods. ECE makes it unnecessary to replace chloride bearing concrete, and if the causes of corrosion and chloride ingress can be eliminated in a sufficiently close time to the ECE application, no further action for e.g. coating or maintenance are needed. Usually there are no restrictions of use during an ECE treatment.

Between the reinforcement and the anodes, installed temporarily on the concrete, an electrical field is established with ca. 40 V DC. It forces the ions dissolved in the concrete pores to move – anions, mainly chlorides, towards the concrete surface and cations (sodium) towards the reinforcement. At the same time electrochemical reactions on the rebar surface (oxygen reduction) cause the evolution of hydroxyl ions and an alkalization of the concrete around the rebars. The treatment time of the ECE depends e.g. on the chloride content (ingress depth, concentration value) and the position of the reinforcement (concrete cover, rebar spacing). For low concrete cover and for chloride ingress far behind the upper rebar layer a multi stage application of the ECE is necessary.

Special features of the CITec-ECE:

Our corrosion diagnosis enables a tailored ECE application targeting so called ”hot spots“ on areas from 1 m². The pre-manufactured, re-usable and patented combination electrodes have a size of 60 x 60 cm and are equipped with an ion exchanger. The hydroxyl ions that are attached to the exchanger prevent an acidification of the concrete surface when they get released and be replaced by chloride ions. A second effect is the prevention of chlorine evolution. The operation of the electrodes by a pulse width modulation (dynamic on- and off phases – also patented) causes a more efficient desalination of the concrete. After use (or when saturated) the electrodes can be regenerated, and the total amount of removed chloride can be analysed.

The criteria for a successful ECE application are a low chloride content (0.4 % in rebar vicinity) and/ or a high impressed electrical charge (> 400 Ah/m² for essentially uncorroded reinforcement to > 1,000 Ah/m² for significantly corroded reinforcement) and/ or well equalised potentials between former very negative values within the treated areas and former (more) positive values in the neighbouring areas. Enhanced corrosion measurements (AC impedance, galvanostatic pulse, linear polarisation, Tafel polarisation) can provide very reliable information about the corrosion protection achieved, shortly after the end of a treatment stage. 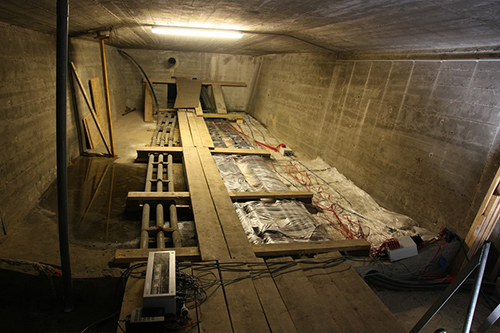 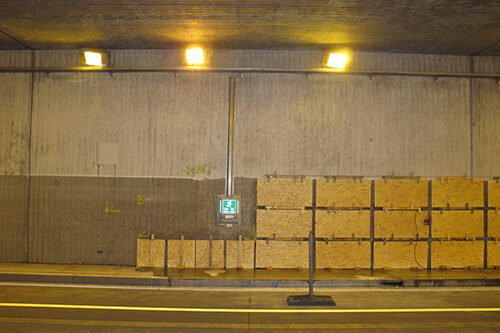 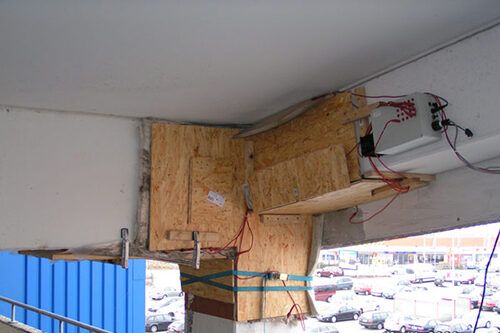 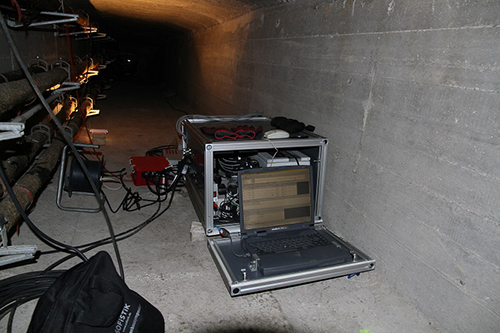 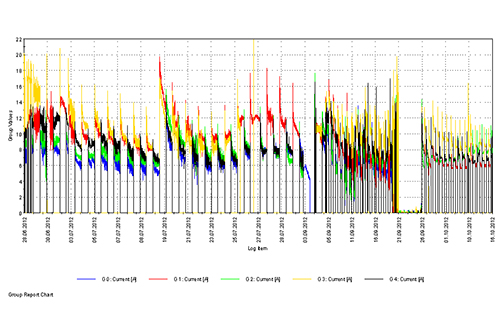 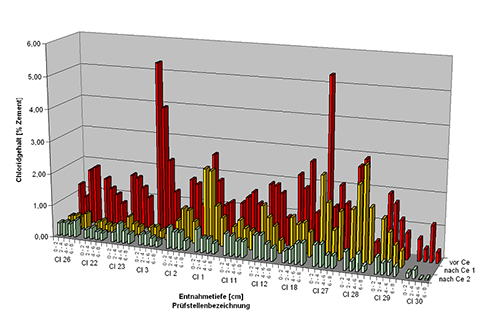